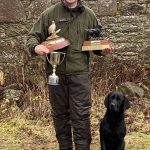 The 2019 Novice Field Trial was held in December on Drummond Estate, Crieff, with kind permission Garry Ford and David Wallace.  Our 3rd and last trial in the 2019 season, was well supported.  We ran with a full card of 16 Novice dogs. The day was exceptionally wet, cold and generally a miserable winters day, however Garry managed to produce a fabulous selection of game despite the weather.  Young novice dogs were tested for their steadiness and their marking ability with a duck drive, which  produced some very exciting retrieves.

First Place  – Lady of Ferniebrae with her handler Sean Nicolson. 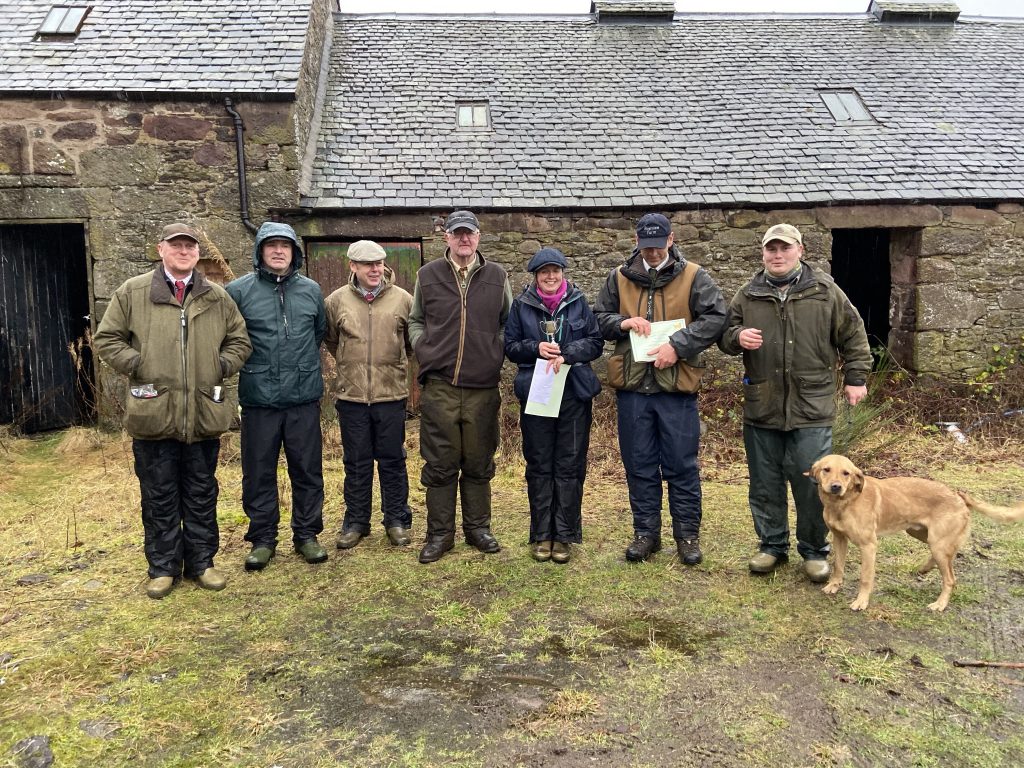 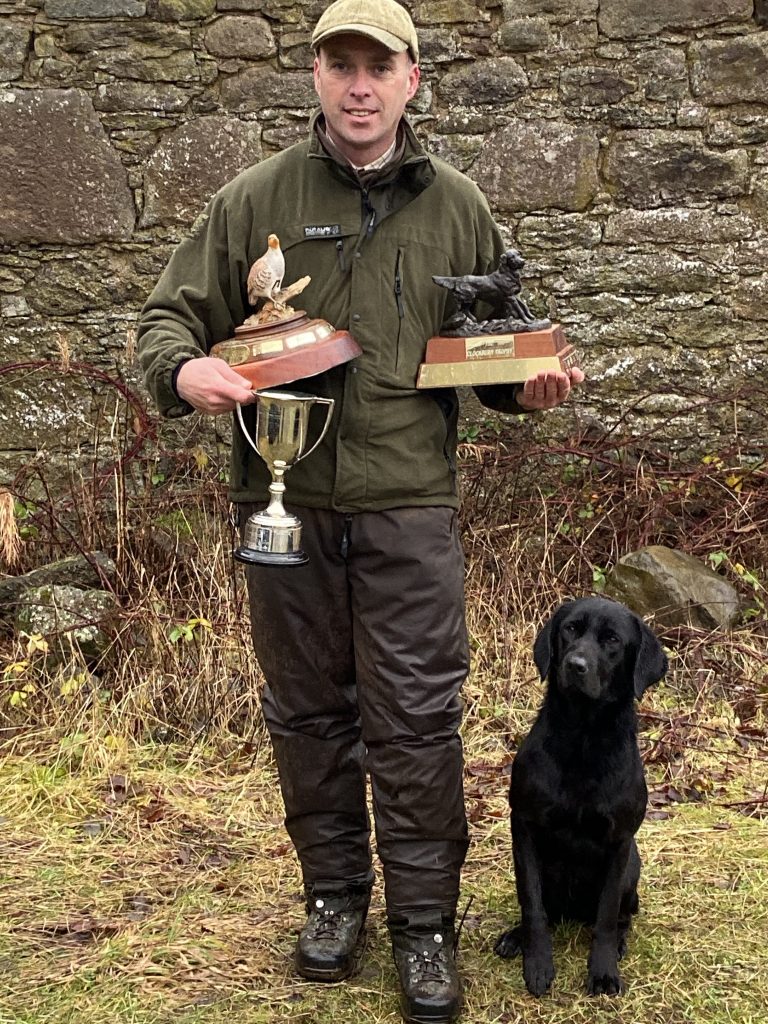 Sean Nicholson, with the winning dog – Lady of Ferniebrae. Sean took home the Midguard Perpetual Trophy, along with the Cockburn Trophy.  Sean also was selected as Guns Choice on the day and was awarded the Craigie Trophy.